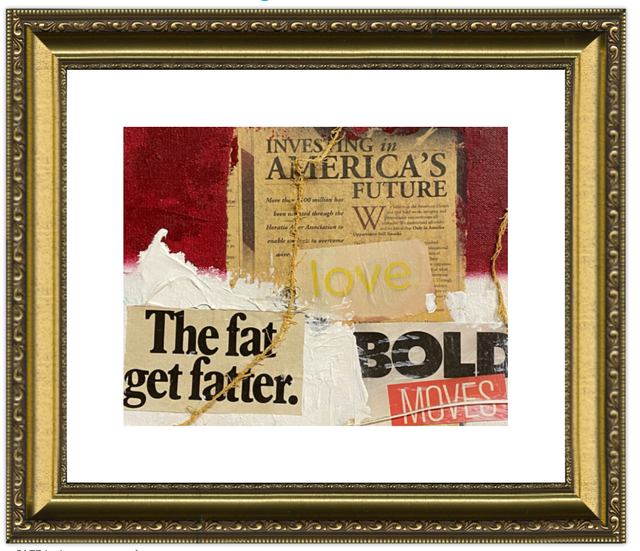 The Fat Get Fatter Giclee Prints

The Fat Get Fatter represents global economic inequity. According to the Credit Suisse Global Wealth Report, the world’s richest 1 percent, those with more than $1 million, own 45.8 percent of the world’s wealth.

The world’s 10 richest billionaires, according to Forbes, own an astonishing $1.448 trillion in combined wealth, a sum greater than the total goods and services most nations produce on an annual basis, according to the World Bank.